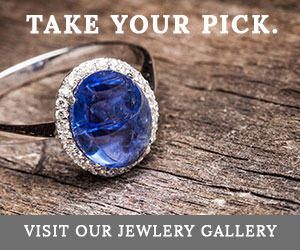 Pearls are traditional and au courant, classic and fashion forward, retro and right on trend.  Basically, pearls are impossible to resist whatever your age, taste, style and attitude.

All pearls have two things in common. They are all naturally iridescent gemstones, composed primarily of calcium carbonate. And they are all grown inside oysters and other shelled mollusks, made of the same material that can be found on the inner lining of the shells. Beyond that, each kind of pearl is wonderfully unique.

Freshwater pearls are grown in waters from lakes or rivers, most often in China. Particular species of freshwater mussels live in these bodies of water all over the world. Freshwater pearls are mantle nucleated, meaning that a small piece of mantle from one mollusk is inserted into another living mollusk. Because of this, freshwater pearls are not always round. Many of them will be closer to oval-shaped because they are formed around the mantle. Freshwater pearls range from 3-12mm, and are produced in a wide variety of colors. Many are white, however, they are also formed with notes of pink, orange, and even blue.

Usually viewed as the most popular and classic variety of pearl, Akoya pearls are produced by Japanese Akoya oysters in saltwater. They typically grow between 3-10mm, with the larger, more lustrous pearls having the most value. They are valued for their sharp luster and pink overtones. When choosing Akoya pearls, look for a high luster and a clean, blemish-free surface. A thick nacre, the result of a pearl grown slowly, over time, means that it is durable, strong, and will last for many years.

Tahitian pearls, also called black pearls, are formed from the black lip oyster, in saltwater. As with other saltwater varieties, Tahitian pearls are grown by the insertion of a bead into the oyster. Nacre is then formed around the bead in concentric layers, slowly creating a black pearl within the mollusk.

Cultured Tahitian pearls are formed in a wide variety of shapes including teardrop, round, oval and baroque. While the variety is called the black pearl, they grow with a variety of secondary tones, ranging from light to very dark. Silver, green, blue, pink, yellow and copper are all colors that can be detected within these iridescent gemstones. The intensity of these colors has a strong effect on their value, with deeper, more evenly colored pearls considered the most rare and stunning.

South Sea pearls are cultured in saltwater oysters, typically in Indonesia and Western Australia. They have an average size of 13mm and are known for being the largest of commercially farmed pearls. The species of oyster that produces South Sea pearls can grow up to 12 inches in diameter, allowing for a larger bead to be inserted at the start of the pearl-forming process.

The color range found within South Sea pearls is subtler than with other varieties. White, silver, cream and gold are the most common tones, although some pink and yellow secondary colors may be detected.